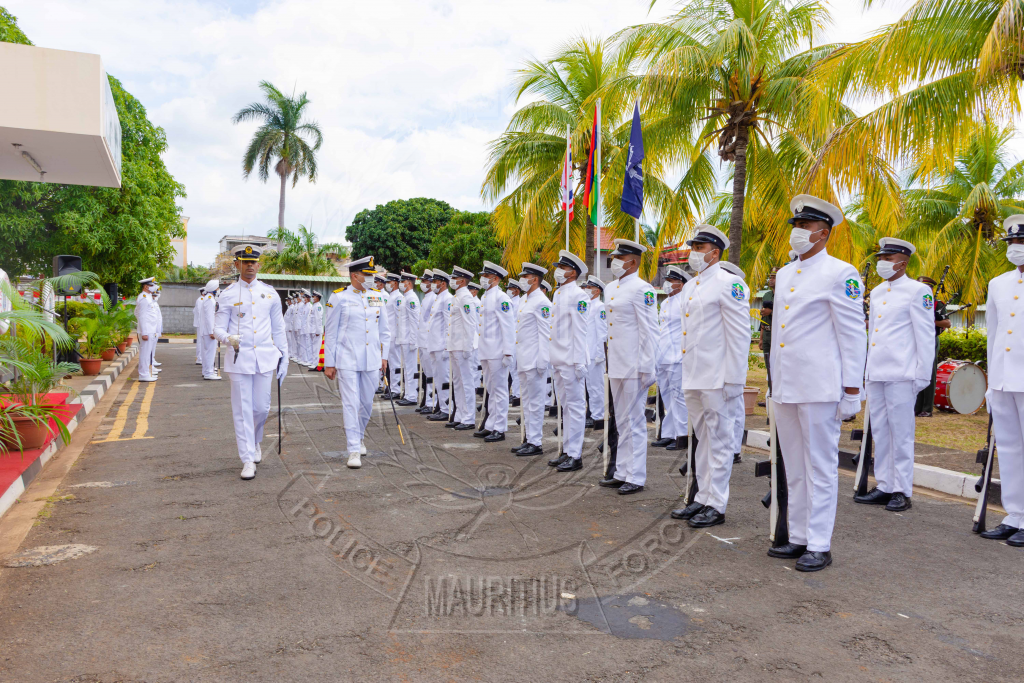 In the context of the celebration of the 34th Anniversary of the NCG, a symbolic Parade by NCG officers comprising of a platoon of 24 NCG personnel was held at NCG Headquarters, Les Salines on Saturday 24 July 21 at 1000 hrs. The official function was clubbed with remittance of a cheque upon a voluntarily contribution of all NCG personnel; as a financial support to parents of late PC 10628 Naipal, whose demise occurred whilst on duty at Agalega in December 2020. A token of remembrance in memory of late PC 10628 Naipal, was also presented to the family.

All COVID-19 sanitary protocols were observed during the function.