Port Louis South Division with its Headquarters found Line Barracks which was inaugurated in the year 1740, oversees the capital of Port Louis from Pope Hennessy, which houses most of the important structures in Mauritius to Pointe-Aux-Sables Station area.

Aim and Objectives for the year 2021 for Metro South

In this endeavor, we will concentrate on intelligent driven activities, supported by stop and search Operations, concerted patrol and checking of Habitual Criminal. This will enable The Police to provide a better safety to members of the public visiting/working in the Capital

Policing of Vulnerable Group: Curbing down of gender based violence

We reiterate our commitment to protect vulnerable groups of the society by tendering a caring attitude and service. We would therefore conduct appropriate sensitization so as to reduce gender based violence. In that optic, an officer will be present at each station to provide special care to victims of domestic violence

Strengthen Partnership with the community and crime prevention

We have continuously work in collaboration with members of the public to aid in the tracking down of offences. Several neighbourhood watch scheme has been implemented at division level. Meeting with representative of community, stake holders, business sectors, religious bodies and so forth are being organise on a regular basis. 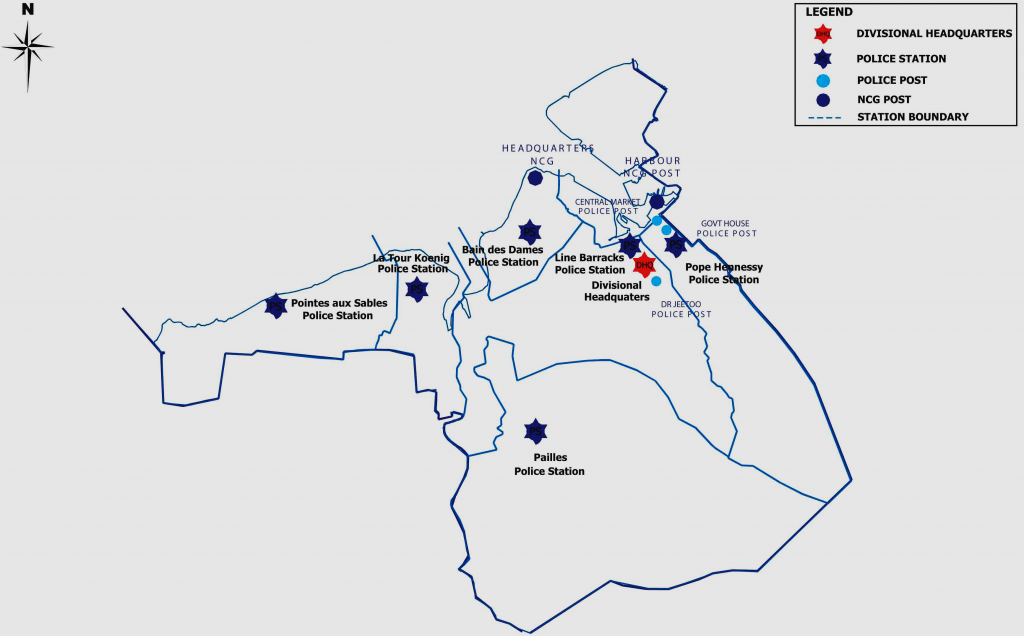